Home News Three Nigerian men arrested in India with 220 grams of cocaine worth...

The three Nigerians were arrested from Malad and Royal Palm areas of Mumbai by the special Squad of Deputy Commissioner of Police Zone XI along with the Bangur Nagar police.

Acting on a tip-off, the squad laid a trap at Link Road in Malad and apprehended 38-year-old Uche James after he arrived to deliver the contraband on Wednesday, December 2, an official said.

Upon search, 10.14-gram cocaine was recovered from him. He was produced in court and remanded in police custody till December 7.

Later, the police team on Thursday, December 3, brought Uche to Royal Palms in Aarey Colony Goregaon and on basis of information he had provided, a trap was laid to nab his accomplices.

Two other Nigerians identified as Emeka Cyprian and Chukwu Joseph were nabbed at the spot. 210 gram of cocaine was seized from both of them.

The police recovered a total of over 200 gm of cocaine worth from the trio, who were booked under relevant sections of the Narcotic Drugs and Psychotropic Substances (NDPS) Act, the official said.

Officials from the special squad said the arrest could lead them to other peddlers and help bust the coacaine peddling ring being run in suburban Mumbai. 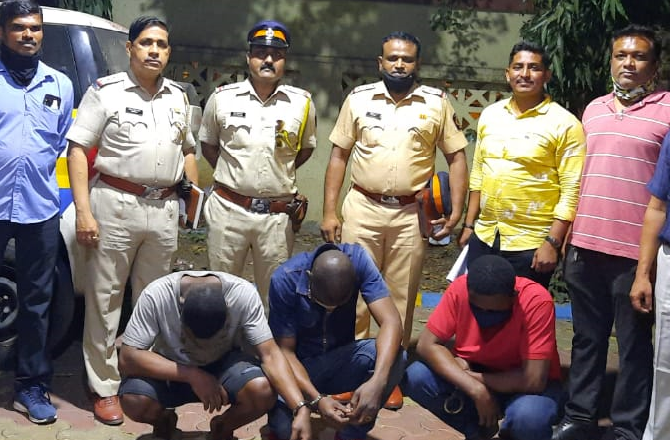