Gunshots were fired on Thursday, Dec 3, at the ongoing national convention of the National Association of Nigerian Students (NANS), in Abuja.

The student leaders were meeting at the Old Parade ground, Area 10, Garki, Abuja, to elect a new set of executives to pilot the affairs of the Union for the next one year, when chaos descended.

Reacting to the gunshots, an official of the NANS Convention Planning Committee (CPC), Adamu Kabir, said the shooting is an “annual ritual”. 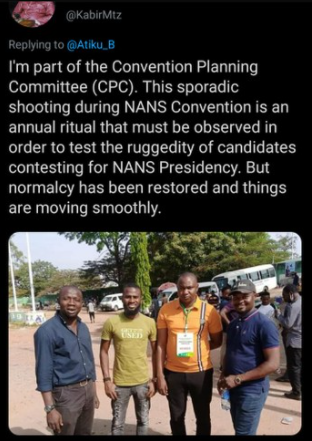 Twitter users found it inappropriate that the leaders of tomorrow cannot comport themselves and see shooting as a “ritual” and they reacted.

Below are Twitter reactions and footage from the shooting at the convention. 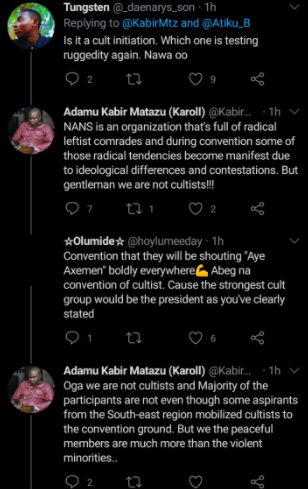 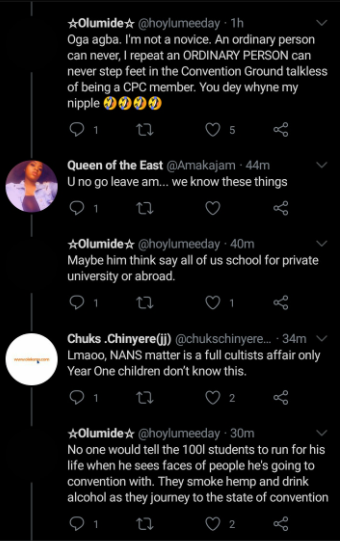 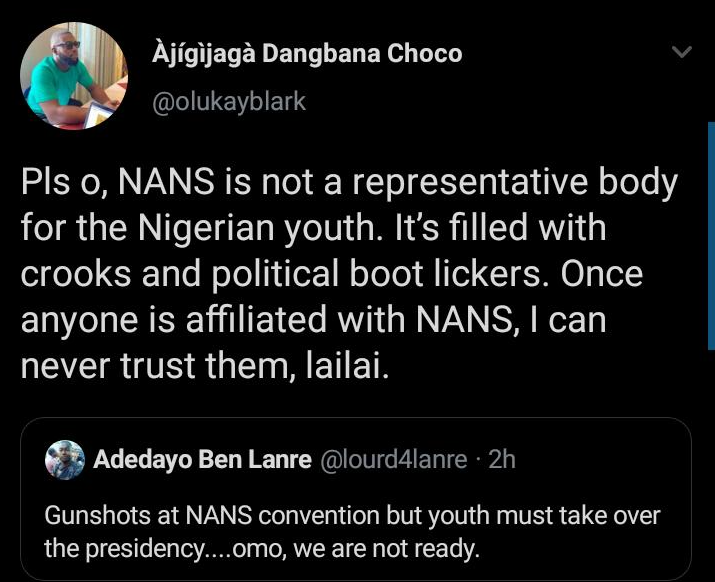 I Hold No Grudge Against Buhari Over My Four Years Detention:...