The Lagos State Panel of Inquiry sitting in Lagos has summoned the former Police PRO for Lagos and Zone 2 to testify as a witness before the panel.

A building contractor, Olaide Fowotade, had petitioned the panel alleging that in 2017 he was brutalized by a policeman named Ayo Aduku attached to Ketu Police station. He alleged that the said police officer beat him up and removed two of his teeth.

While briefing the panel, the petitioner stated that he wrote a petition to Zone 2 headquarters and was received by the office of the then AIG, Mr. Aderanti who is now retired. When asked who is still within the police force he can call to bear him witness and put more light on the case, Olaide mentioned CSP Dolapo Badmos the then Police PRO of the zone 2.

The panel then sent a written witness summon to the former PPRO and copied the Inspector General of Police. She is expected to appear before the panel on January 15, 2021, to testify.

It is not known if CSP Dolapo has been granted official permission to testify before the panel, as the bureaucracy of regimented authority will not allow the officer to appear before the panel without official directives to do so.

Recall that in the past, she wrote an unprecedented letter to SARS policemen, warning them to be civil and professional in their dealings with citizenry.

See the summon papers below 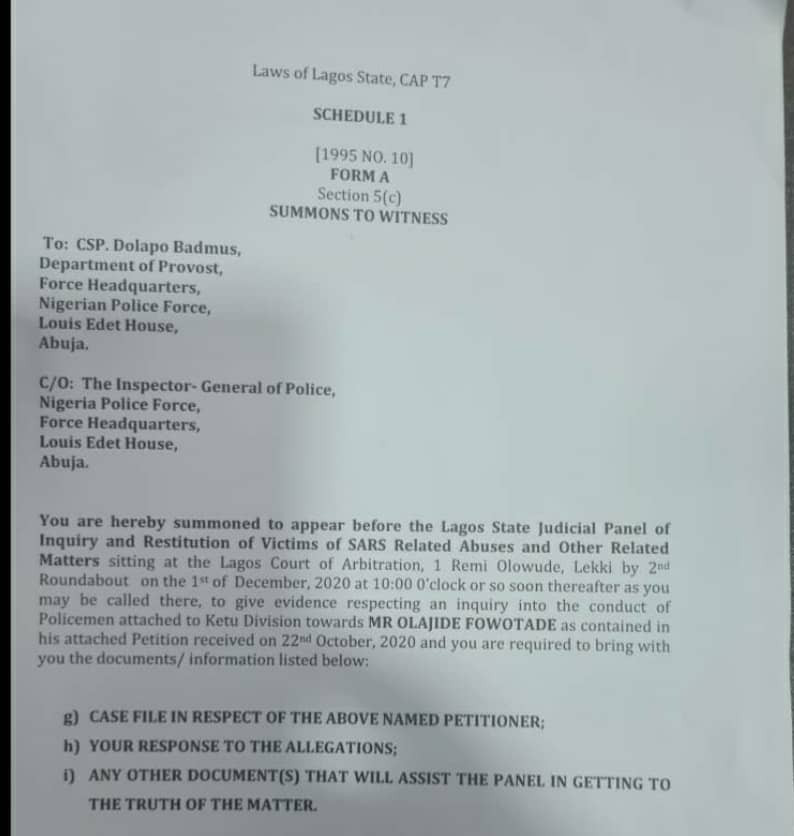 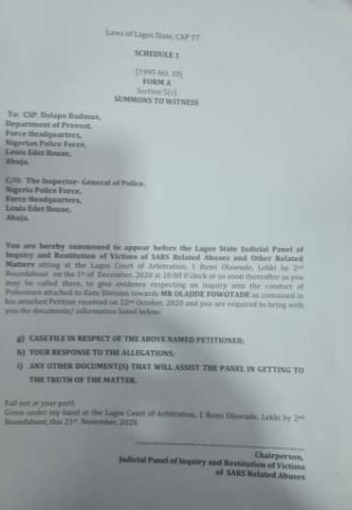 Peoples Democratic Party is the best friend Nigeria could have- Atiku...