According to Yakubu, the players during his time were very much better than the players at the  national team right now.

In the Africa Cup of Nations qualifiers against the Leone Stars last week, the Super Eagles surrendered a four-goal lead in the first leg to settle for a 4-4 draw, while the return leg in Freetown this week ended 0-0, with Rohr’s team unable to show any swagger or technical superiority in both games.

Nigeria still leads Group L with eight points from four games – although their qualification hopes for Cameroon 2020 could be smashed if they don’t win their last two games.

Rohr replaced Sunday Oliseh as the country’s permanent handler in 2016. He led the Super Eagles to the 2018 Fifa World Cup in Russia, where they crashed out of a group that had Argentina, Iceland and Croatia.

Aiyegbeni believes the German tactician must take the blame for the poor form. 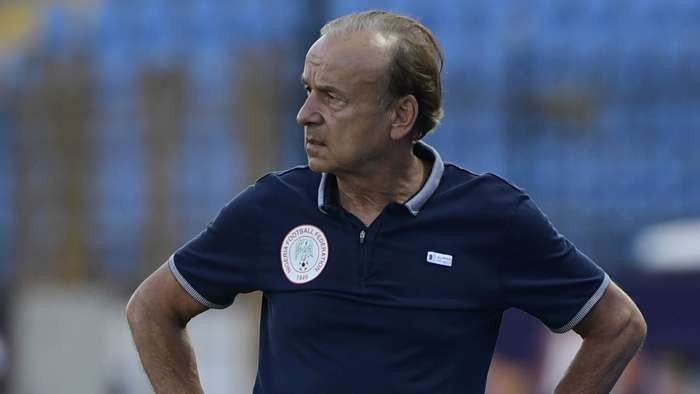 “The coach is not good enough, let him go,” the former Everton and Portsmouth striker said on Lagos Talks.

“Some of the boys are not good enough, I don’t know where they are bringing them from. Who is inviting these players?

“Our football is getting worse every day. When I was there, people criticise us, but we’re way better than these ones.