Taking to Twitter, the former Vice President of Nigeria said Obaseki’s win signifies “the end of Godfatherism” in Nigeria.

Atiku Abubakar also commended the people of Edo State “for their resilience in the face of the forces arrayed against them.”

He urged Obaseki’s opponent Pastor Osagie Ize-Iyamu to “accept the right hand of fellowship that is likely to be extended to him” because “the leprous hand he is now holding can only lead to a destination of barrenness.”

Read his full statement below. 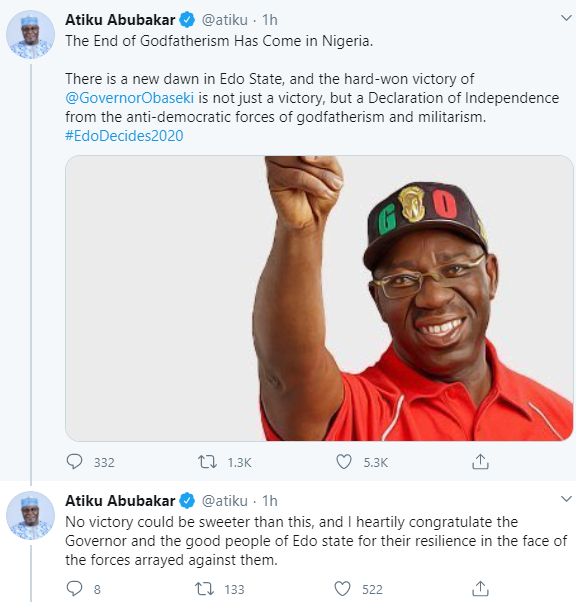 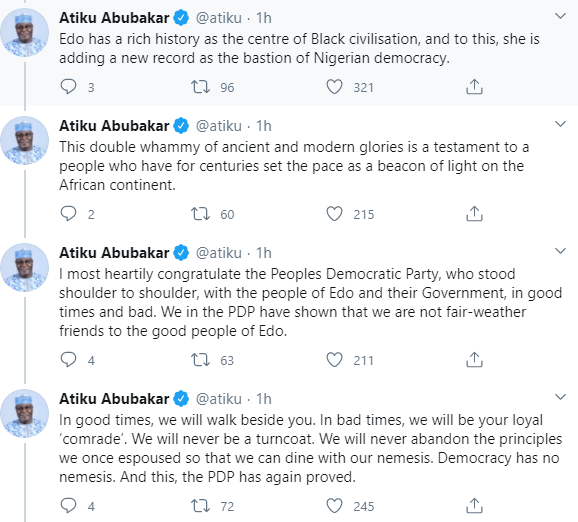 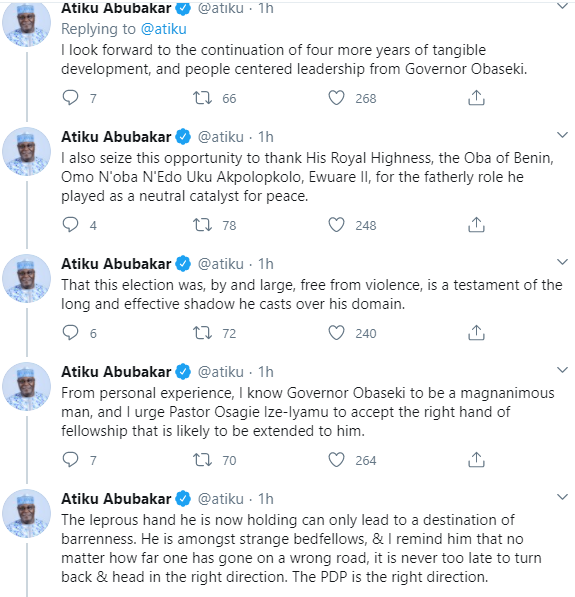 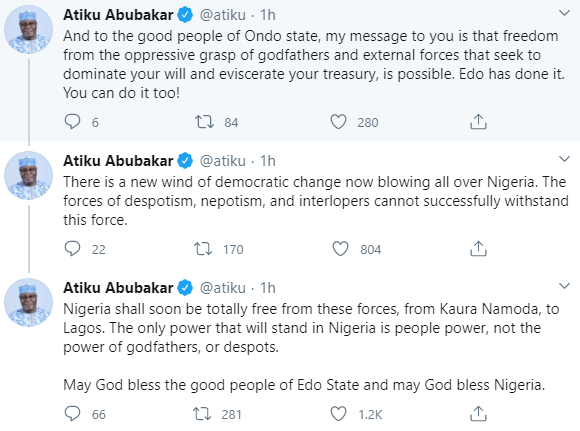 Photo: Man Kills His Friend In Ogun Over A Woman