Here are the highlights of Big Brother Naija day 29. Enjoy

An eerie silence hung over the Big Brother Naija House as Gifty said her goodbyes and quietly walked out the door. Most of the Housemates stared blankly into space trying to process everything that had just happened. “Biggie has managed to make me hate Sunday’s” Efe finally added, breaking the silence. 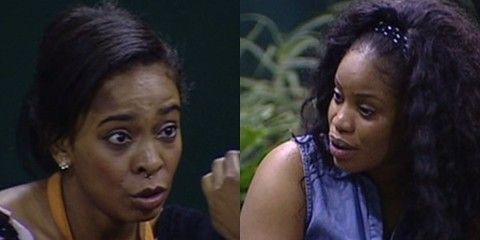 TBoss and Ese went outside and the latter apologized for the fight over the chair that happened earlier in the day. She seemed to immediately backtrack, however, saying TBoss didn’t come into the House with it and it didn’t have her name on it! TBoss looked stunned by the backhanded apology but kept listening anyway. The topic changed to Uriel who Ese described as a “backstabber”. This immediately peaked TBoss’ interest as someone else had used to term to anonymously throw shade at Uriel during the T-shirt challenge. However, these ladies weren’t the only ones throwing shade. 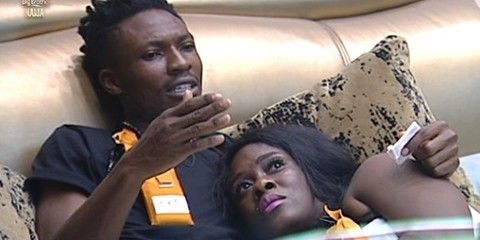 At that exact moment, Uriel was being consoled by Efe after lamenting that she wasn’t close to anyone in the House and as a result, she felt lonely and needed affection. Efe held her close and told her he loved how “real” and “true to herself” she was. A surprising revelation considering he called her fake only a few days ago during his Diary Session on Thursday (Day 25). He then took shots at TBoss alleging she was manipulative and was latching on to Debie-Rise because she knew Gifty was going home.

HoH Ese was called into the Diary Room and emerged with a Brief from Biggie for the Housemates. With the Evictions Show out of the way and the dawning of a new week, Biggie felt that the Housemates will need to face some difficult Tasks that will surely push them to levels of disgust and test the bonds amongst the Housemates. 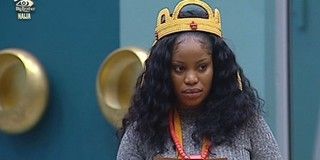 The theme for this week’s Tasks will be centered around Fears, Phobias, and Superstitions and the Housemates have been instructed by Biggie to collectively agree on how much of their weekly BBNaira allowances they are willing to commit to the satisfactory completion of the Tasks. 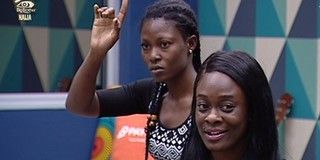 The Housemates collectively toyed with the idea of wagering 100% again towards this week’s Tasks, even though some of them seemed a bit concerned with their personal phobias and how they would react if Big Brother made them confront their fears, with Uriel and TBoss threatening to pee themselves should this happen. 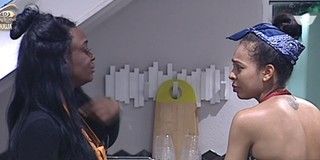 This week is shaping to be a mind boggling one so far as the Housemates try not to focus too much on the complexities of the Tasks ahead, but rather on being there for each other in order to ensure they score another 100% win come Task Presentation day on Thursday.

Ice prince in the house 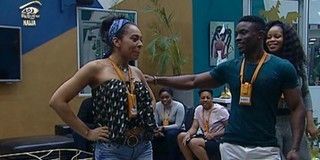 The doorbell rang and in walked Ice prince Zamani. After thrilling the stage last night at the Live Evictions Show, he decided to swing by the House and spend some time with the Housemates. And like a fish in water, Ice Price quickly settled into the House and offered to make a meal of Indomie for the ladies of the Big Brother House. 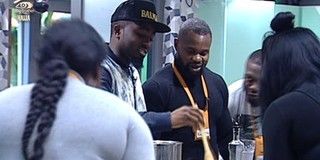 With the meal cooked and quickly wolfed down by the Housemates, everybody returned to the lounge where they sat down and chatted about future plans. Ice Prince took the opportunity to share some insight on his personal journey, talking about where he started from. He also gave the Housemates a few pointers on how to handle negative feedback from the public, suggesting that for every negative message received; there is always a positive one. 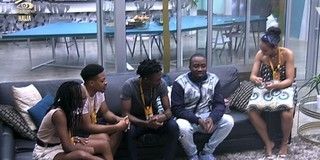 His last words to the Housemates before he stepped out of the House was for everyone to be real.

Agent Bassey on a mission

“This is Big Brother, Bassey please report to the Diary Room” boomed over the House PA system, and with that Bassey strolled into the Diary Room. As he sat down, Biggie instructed him that he was going to receive a secret Task which mustn’t be discussed with anybody; however, he must enlist Bisola to assist with certain aspects of the Task. 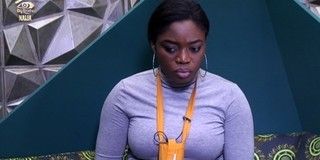 Priority one was for him to steal items of clothing and or shoes from the other Housemates and these must be hidden and later dropped in the Diary Room for Biggie to keep. The Task was to start immediately and he was to select four Housemates to be his immediate targets. The one big admonishment from Biggie was that should he be caught, then the Housemate who catches him will automatically become the recipient of the Luxury rewards due to him.

Priority two is that he will be given a plastic spider which he should place in one of the Housemates’ bed as a prank.

The main aspect of his secret Task is that once the Housemates are asleep tonight, he is to sneak into the Diary Room, where he would be given an all-black outfit, as well as a small brief as to what prank MUST be played tonight. This aspect of the Task is to be a continuous one that will happen every night until he gets caught or Biggie calls an end to it.

Bassey accepted his Task and as soon as he got into the House he went about his assignment by starting with himself. He hid two of his own shirts first in order to remove any form of suspicion from himself before he hid some of TBoss’ shoes as well as Jon’s. This move immediately got all the other Housemates searching through their respective stuff trying to figure out if they were also missing anything.

The Task to get the Head of House for this week started as a very muddy one. Big Brother called the Housemates into the Payporte Arena and gave them the instructions for the Task today, digging for marbles.

The rules of the Task was very simple, the Housemates were instructed to sit in front of the bowls of dirt placed there and they were to each find 10 marbles hidden in the dirt using ONLY one foot. Due to being issued with their first strike, Ese and Jon were exempt from participating in the HoH Task, so they had to sit on the sidelines and watch. 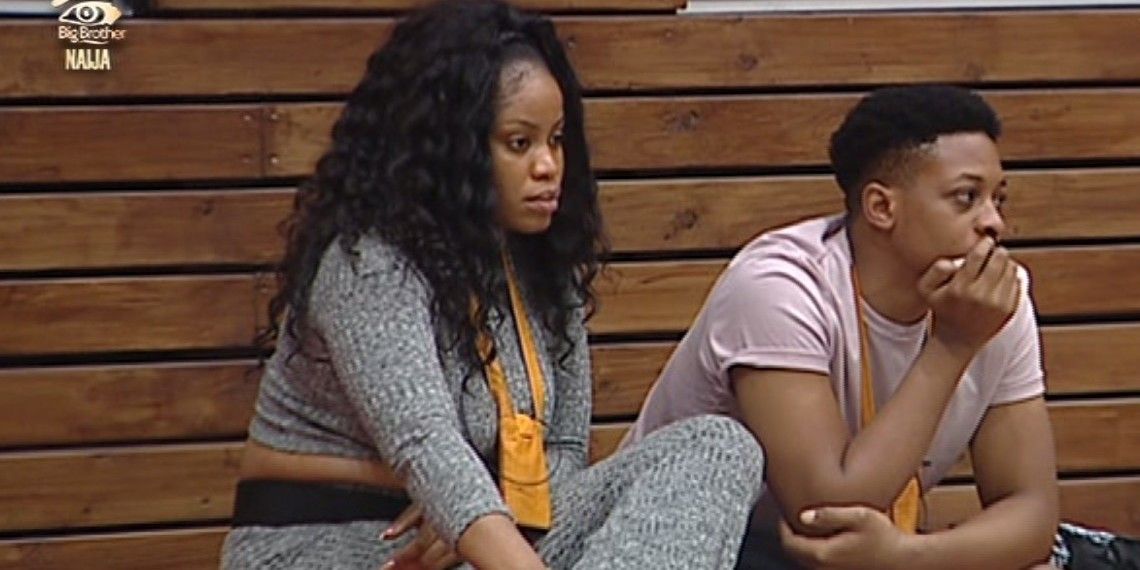 It seemed like a fairly simple Task but as soon as the buzzer sounded signaling the beginning of the Task, the Housemates quickly realized the complexities surrounding the Task. The bowls of dirt not only had the 10 colored marbles in them but also had little pebbles which would complicate the Task further.

Big Brother placed one of his ninjas in the arena to monitor the proceedings and to keep count of which Housemate would finish first. With the Housemates digging through the bucket of murk with their feet and counting pebbles and stones, ThinTallTony and Kemen signaled the ninja to count the extracted marbles and after the counts, Kemen was declared as the winner of the Task and thus crowned the new Head of House.

Biggie has Zero tolerance for Conspiracy

Earlier today, a furious Biggie had exposed Ese and Jon’s moments of conspiracy and copiously scolded them for breaking the rules.

After going through the Nomination process, Biggie regained control of the House. First, Biggie subjected HoH Kemen and Marvis to the same embarrassment, by screening their plots to Housemates.

Biggie further issued Kemen with a Strike – warning him that a third strike would disqualify him – and summoned Marvis against repeating this transgression.

To rub it in deeper, a visibly anxious Kemen was heard mumbling “I can’t accept that” as Biggie instructed him and Marvis to be placed in the Isolation Booth for a day.

Finally, with one sweep of the hand, Biggie nullified all Nominations.

He informed Housemates that he would decide who would be evicted, and in the same breath withdrew Bisola and Bally’s earned advantages.

Suffice to say that Biggie had stroked a major blow to the Housemates morale.

The aftermath of biggies twist

After making their Nominations earlier this evening Biggie threw a spanner in the works by playing a video of Kemen and Marvis conspiring to put Ese and Jon up for nomination. He then admonished them and reminded them that this was against the rules before punishing them! Kemen tried his best to protest but was cut off as Biggie’s voice boomed through the speakers telling he’d gotten his first strike!

The mood in the House was quite tense afterward. Debie-Rise felt that everyone had been “warned by example” and the situation was tense and unpredictable. Bisola who’d won immunity last night (Day 28) was even less enthused about what happened. She recounted how she’d been in such a relaxed mood all day but was now sad about potentially getting evicted. 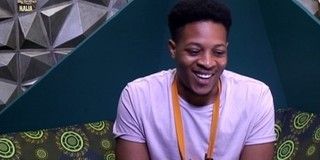 Jon, on the other hand, was grinning throughout his session and said he was loving how bent out of shape and stressed everyone was! Uriel completely lost her cool asking why people were conspiring and ruining everything. She seemed to be convinced that people were conspiring to nominate her and said: “the little trust” she had was completely gone!

Lovebirds❤… Debbie says she has been the one setting p and their relationship is one-sided.