Popular Twitter User Rosanwo (@rosanwo) yesterday narrated how he suffered domestic violence in the hands of his spouse and his in-laws. 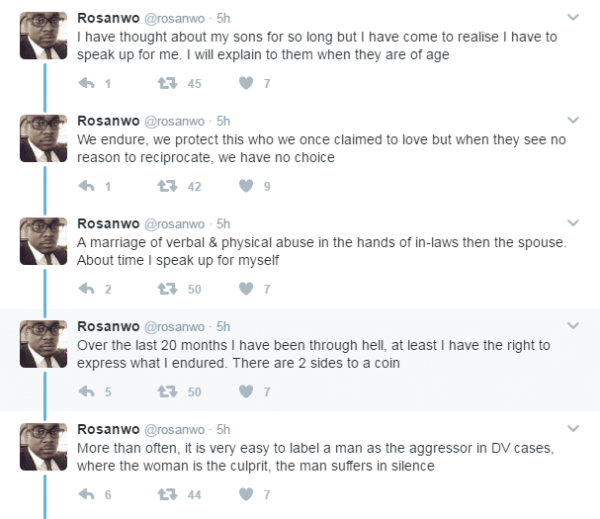 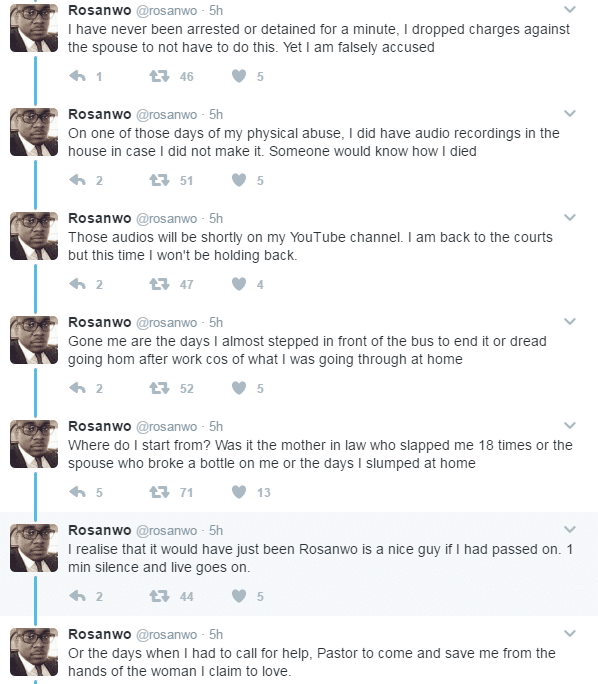 He also shared screenshots of a conversation between him and his wife. 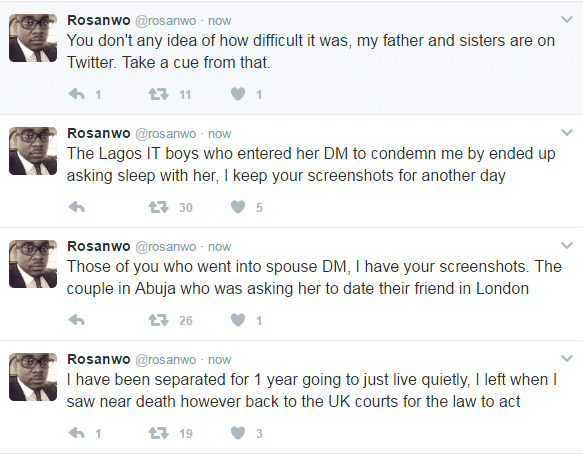 The latter group also asserted that his move can also motivate other men who are facing similar situation cry out and not literally die in silence.

Domestic Violence, no matter the gender of the victim must be condemned, and we hope the case is solved and he gets the appropriate help he needs

16 things you can do to make a man admire you, chase you, fall in love with you and marry you

10 Categories Of People That Will Never Fall During Anointing