This week Big Brother Naija house theme is superstitions and phobias and it is really interesting to see how Biggie has been playing with the highlights.

Here are the highlights of today.

Intricacies of the English Language

Shortly after breakfast, a few of the Housemates sat around the dining table discussing immunizations and vaccinations, and all of a sudden, the conversation took a turn and became an English-language lecture.

ThinTallTony and Jon decided it was best to correct fellow Housemate Efe’s use and pronunciations of the English language and what ensued was a back and forth, highlighting the different pronunciations of words from the British and the American perspective, with Efe quickly adding his ‘Nigerian’ perspective to the mix.

With words like ‘develop’ and ‘development’ being used as yardsticks, Efe remained very adamant that as a Nigerian, he didn’t see the need to change the way he spoke to suit others as the English language wasn’t his original mother tongue; citing the differences between the British English and the American English and the way it was spoken.

Today’s Task started off with one of Biggie’s ninjas setting up a numbered circular board in the lounge. Biggie had earlier asked all the Housemates to move into the garden and shut the door and by the time they were instructed to go back into the lounge everything was set up, Biggie then instructed the Housemates to pick a number out of the bowl the ninja had.

With their numbers selected, Biggie informed the Housemates what the parameters of the Task would be. All the housemates were expected to wear blindfolds and earplugs and were to sit in the isolation room for one hour. 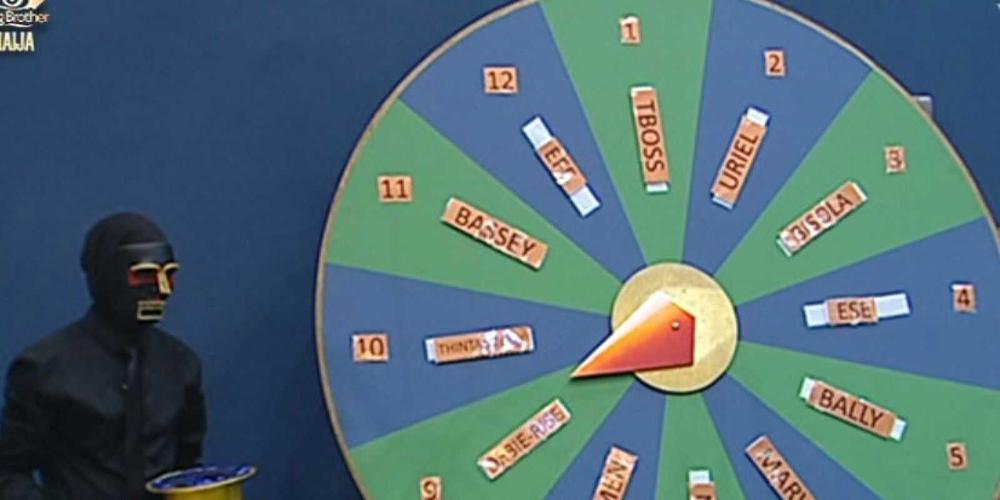 The Housemates had to place their name tags on the circular board beside the numbers they had selected. The board was shaped like a clock with each Housemate’s name signifying a time block, in this case, an hour; and the Housemates were to ensure that the clock hand must always point to the name of the Housemate in the isolation room.

Who has the Most Daring Secret?

This afternoon he had the Housemates share with him their most daring secrets. This is part of the theme for the week, which is centered on Fear, Phobias and Superstitions.

Housemates were given writing material and each had to write down their one secret that all the other Housemates did not already know. In addition to that, it should also be true. 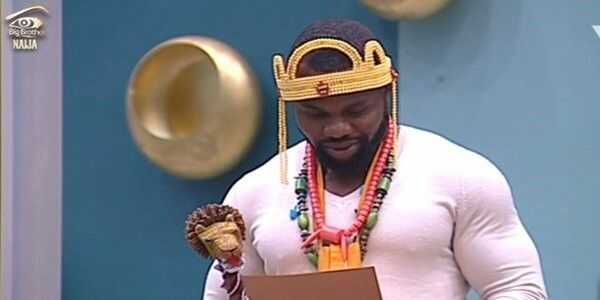 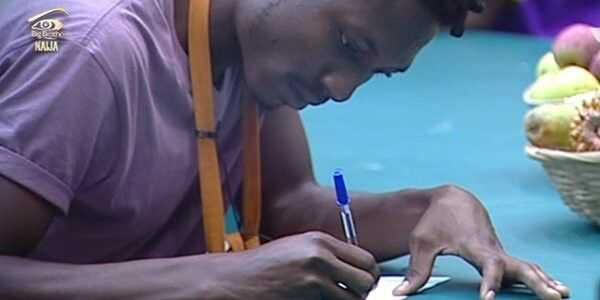 Immediately after, the HoH Kemen delivered the message from Biggie, the Housemates sat separately and wrote down their secrets and carefully put their pieces of paper in a box, which one of Biggie’s Ninjas carried. They were given two minutes to get their thoughts together and write their secret down.

The Housemates went to great lengths to stop Biggie from revealing their secrets.

How far did they go, you may ask? Well, Biggie made them eat all sorts of mixtures of food, in true Fear Factor style. Some of the plates had spaghetti, mince meat, chicken and beef.

Biggie had initially asked the Housemates to write down their most daring secret earlier in the evening, one which none of the other Housemates knew. The Housemates did just that, little did they know that Biggie had added a twist to this.

First up was TBoss, who flatly refused to eat what was on her plate. “I don’t want to eat. It’s fine, let them tell,” she said and walked back to join the other Housemates waiting for their turn.

Biggie had warned the Housemates that should they opt not to eat what was on their plate, they would be at Biggie’s mercy. He could choose to reveal their secrets.

Up next was Bassey, who immediately shouted, “I go chop. Biggie I go chop!” and dug in. he would stop and drink water from time to time, with moments of gagging. Bassey finished his “meal” and Biggie congratulated him for his no retreat, no surrender spirit.

Debie-Rise could not believe what she saw, as one of Biggie’s Ninjas revealed what was on her plate. “Wait! Is this my own?” she asked. There were moments of gagging and moments where it seemed as if she’d throw in the towel however, she continued.  Uriel, who had been waiting for her turn with the other Housemates, had to excuse herself so she could throw up in a corner. Biggie’s Ninjas came to her rescue with a bucket. Debie-Rise finished her “meal” and Biggie assured her that her secret was safe. 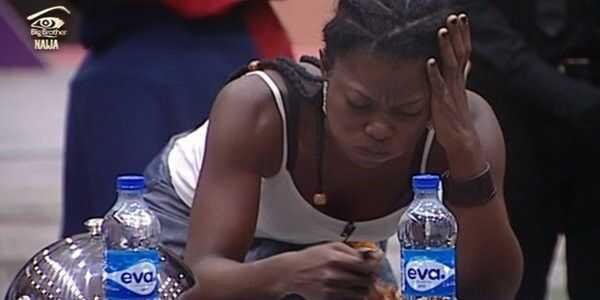 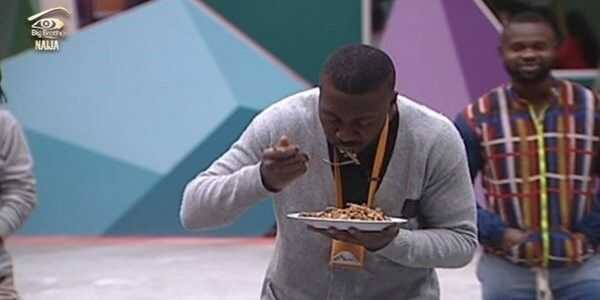 Marvis, Jon, Efe, Ese, Kemen, Bisola also took turns and ate what was served. While all the other Housemates who had already gone through this grueling challenge struggled with the challenge, ThinTallTony ate his share like a pro and even went to the extent of licking his plate clean.

It seems the Housemates would do just about anything to keep Biggie from spilling their secrets.

I Was Raped By A Male Actor On My First Movie...