Reports filtered in earlier this week that the ‘Chemistry’ vocalist was 2months pregnant, for a yet-to-be identified man, though public fingers seems to be pointing towards the direction of Adekunle Gold and rapper Falz. 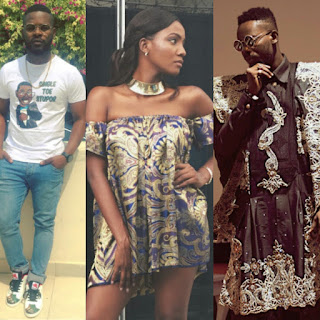 While the flames of the rumors was yet to quell, she left her fans shell shocked when in a new interview with Ndani TV’s new web show, TGIF, Simi revealed that she will marry Adekunle Gold, Kiss Falz and kill herself since she can’t bring herself to kill Ycee.

In the episode, Simi talked about her favorite body parts, Yoruba Demons, kissing Falz TheBahdGuy, her hidden talents, and more.

When asked who she would kiss, marry, and kill, she said “I will kiss Falz, I will marry Adekunle Gold. I don’t want to kill Ycee, so, I’ll kill myself.”

Kanye West Says He Wants Jay-Z As His Running Mate On...

Davido Promises To Better The Life Of A Man Who Named...